The inaugural run, consisting of 18 members including one hash virgin, started from Derringer's and wound its way across the Rideau River via the Montreal Road bridge.  It was then wove through residential and Ottawa University (Sandy Hill and Ottawa East) areas to the Rideau Canal where there was a refreshment stop on Bobbit's boat "The Puffin".   While there was a Turkey Eagle split both groups did end up on "The Puffin" although it seems as if the Turkey split turned out to be longer than the Eagles.

The entire group than made their way down Osgoode Street to Strathcona Park to once again get rehydrated.  From here there was a Heros and Woosie Split.  While the Woosies wandered back to the ON IN the Heros braved the raging waters of the Rideau River.  The brave Heros were baptized in the middle of the river by the Grand Master.

After these formalities it was on to the ON IN where in most cases our food was already laid out for us.

During the circle the virgin "Just Dragon" was called in to sing a song.  This was followed by several sins which were duly punished by down downs.

All in all it appears as if the RHHH inaugural run was a success and is well on its way to be a regular event. 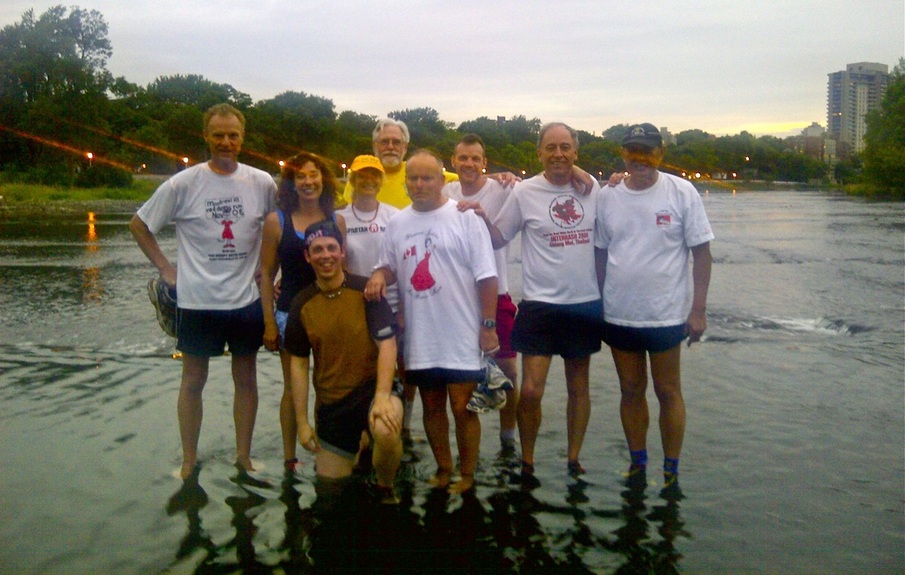 Attendees on Run number ONE!